How Long Does Cocaine Stay in Your System

How Long Does Cocaine Stay in Your System

Cocaine is a highly addictive stimulant drug that affects millions of people worldwide. There are not any known medical benefits of cocaine in its popular street drug form. Overall it is a recreational drug that is commonly misused and abused. Many people who get into using cocaine recreationally or regularly remain unaware of the different side effects of cocaine and the long-term consequences it can have on the body. The amount of time cocaine stays in your system can influence the amount of use as well as raise the risk for addiction.

Because cocaine is a fast-acting substance and its desired effects of euphoria and alertness are so short-lived, it can’t sustain an effective “high”. For this reason, cocaine users can form a habit of chronic cocaine use leading to addiction. Cocaine addiction is a painful dependency which affects all kinds of people around the world. Not only can cocaine addiction cause permanent physical harm, but it can also damage mental and emotional functions for individuals. All three types of long-term effects can be difficult to reverse. If you know someone who needs help for cocaine addiction, reach out today to prevent further damages.

Factors Which Impact How Long Does Cocaine Stays in Your System

How long cocaine stays in your system depends on how much cocaine you consume. Those who take much larger doses will most obviously have the drug in their system for a greater period of time. It’s also important to take into account that different parts of the body get rid of the substance on its own time. For example, cocaine may completely clear out of the blood and saliva between 12 – 48 hours, whereas it may take anywhere from two days to two weeks to completely clear out of the urine.

Again, the duration of cocaine within the body is still dependent on the individual. An addicted cocaine user will take longer to detox, go through withdrawal, and experience getting completely clear of cocaine.

There are several ways cocaine can be distributed into the body. Many people know that cocaine is most often snorted through the nose. This delivers the powdery substance to the brain quickly where its effects are felt almost immediately.

Other than snorting, cocaine is also known to be smoked. This is done by combining powder cocaine with water, baking soda, or other substances until it forms a solid “rock”-like material which is heated and smoked. The process of smoking rock cocaine is known as crack cocaine.

While many persons believe that the method of injecting cocaine only affects how quickly the high will kick in, it also affects how long cocaine will remain in the body as well. When injected in a way where the absorption is quicker and gives off a more rapid high, then cocaine will definitely remain in the system for a longer time as opposed to a slower absorption resulting in a high that lasts longer. 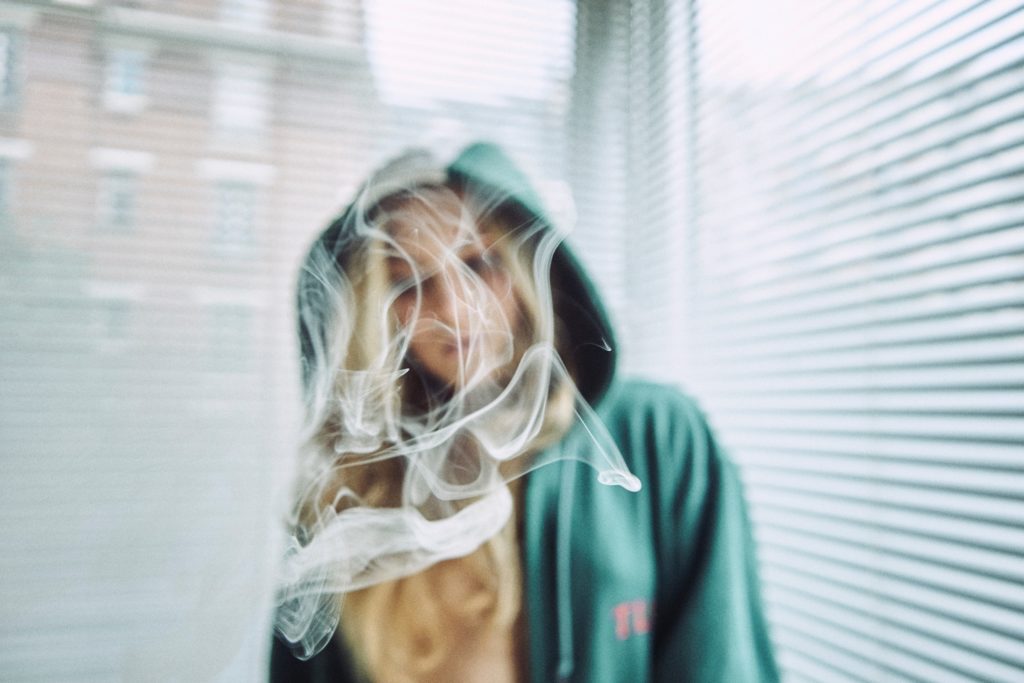 Duration of use has a large impact on how long cocaine stays in your system. If you or your loved one has been using cocaine for a long time over a period of years, then the drug will remain in your body for a longer duration as opposed to those who have used the drug on a shorter term basis. This is because, for long-term cocaine users, the drug will have been stored up within fatty tissues such as the liver. With extended use, it continues to accumulate within these tissues with each use.

In long-term cocaine users, the body will take a much longer time to completely rid itself from any trace of cocaine since the tissues will slowly begin to release the drug within the bloodstream over a period of time. With this fact, even after a few months after detox, long-term cocaine users may still test positive if a cocaine drug test is administered.

The frequency of cocaine use impacts how long cocaine remains in the body as well as determine how long it will take to begin to deteriorate. The greater the duration of cocaine abuse, the less efficiently the body can rid itself of the drug.

When an individual takes cocaine in large doses and over a long period of time, that person often builds up a tolerance to lower doses, subsequently taking cocaine in higher doses which draws out the time the body takes to get rid of the drug. 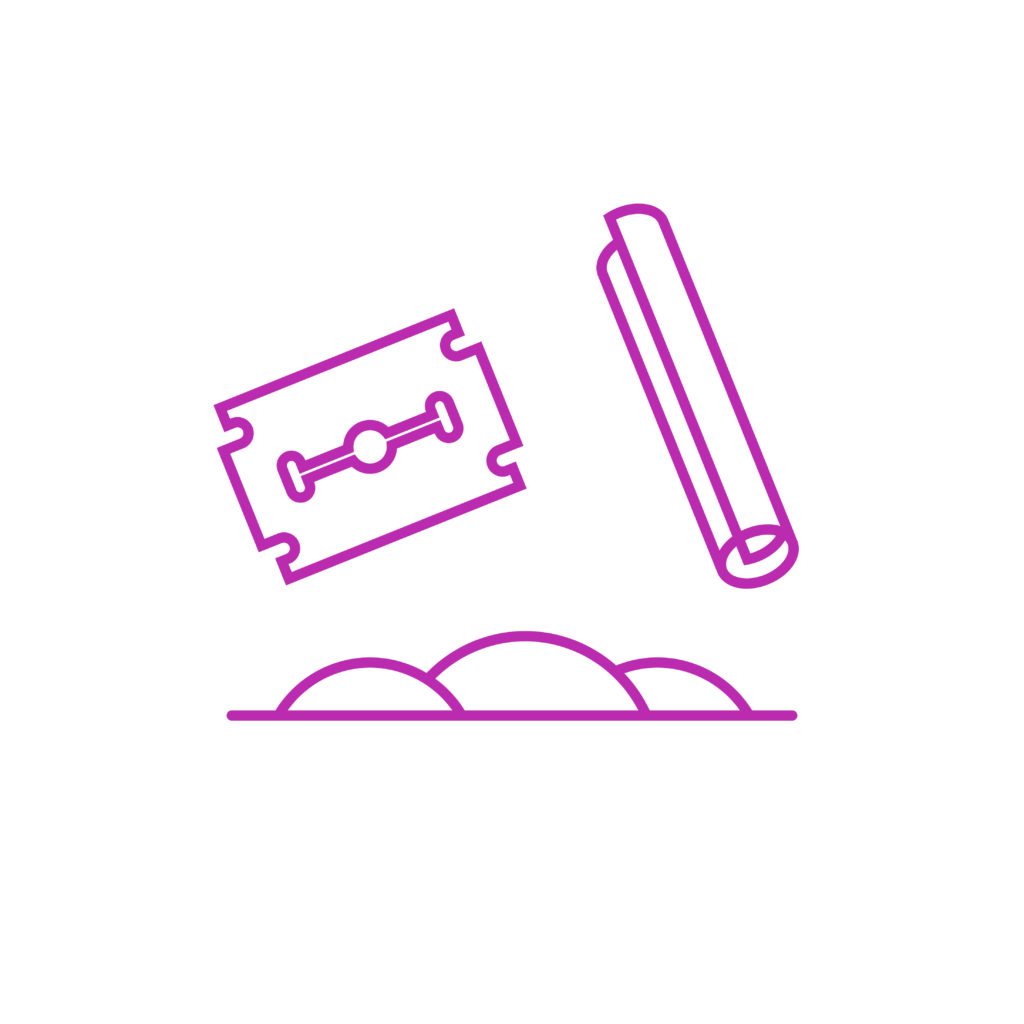 Cocaine, unlike other types of addictive drugs, does not have different strains nor is it modified to have different effects. Cocaine is typically sold as either a powder or freebase, crack (this is the one that is smokable). Though it can be cut with other drugs such as amphetamine, the amount of time that cocaine remains in the body will not significantly be affected. However, taking a purer form of cocaine– one that is not cut with baking soda or amphetamine and other substances– creates a greater potency of effect.

Since purer forms of cocaine contain a larger amount of active ingredients, then it will remain in the body for a longer duration rather than the “mixed” form of cocaine.

An important factor in how long cocaine remains in the body has to do with how fast a person’s metabolism is. People with varying weights and body builds might store cocaine compounds in the tissues of the body longer.  If one has a faster metabolism, then the body will begin to clear out any trace of cocaine at a quicker rate in comparison to an individual with a slower acting metabolism.

Several other indicators can cause differences such as if a person is currently taking detox supplements, or how much cocaine has been ingested.

A list of other factors of an individual to keep into consideration for how long cocaine remains in the body include:

How to Know How Long Cocaine Stays in Your System:

Here is a list of the amount of time it generally takes for cocaine to fully leave the body. Remember, these times can vary on all kinds of details and situations, so it’s not for sure that you or someone you love will be able to pass or fail a drug test based on this timeline.

How Long Does Cocaine Stay in Your System?

Is it Ok to Mix Alcohol with Cocaine?

A lot of people especially in the party scene enjoy mixing cocaine with alcohol consumption. You might assume that doing coke after a night of drinking could help you overcome the sluggish depressant feeling of intoxication. This is not true, however. Alcohol should never be mixed with cocaine.

The mixing of alcohol and cocaine can create a damaging chemical in the body, known as cocaethylene. This substance can cause heart attacks, stroked, liver problems, or even sudden death in some people. The stimulant and depressant combo counteract one another, so a harsh reaction of the body takes place.

It’s important to note that cocaethylene can increase the toxic effects of cocaine, therefore prolonging the buildup of cocaine in your body. If you take alcohol with cocaine, the timeline for how long cocaine stays in your system can extend up to 25%.

Get Help for Cocaine Addiction

If you or a loved one is addicted to cocaine or you feel there is a need to test for cocaine, we recommend contacting our addiction helpline. You can talk to a caring professional about any concerns or questions you have.

Look into a substance abuse treatment facility or residential drug treatment program if you or a loved one is stuck in a dependency on cocaine or other drugs. Recovery is possible, so reach out today.

What You Need to Know: Cocaine Side Effects
How to Tell if Someone Has a Crack Cocaine Addiction
Categories