What are Inhalant Drugs

An inhalant is a vapor made up of various chemicals where consumption happens by being inhaled through the mouth or nose. These include gases, aerosol sprays, cleaning products, and so forth.

The effects of these types of addictive inhalant drugs range from an alcohol-like high to intense euphoria, and even vivid hallucinations. Such effects can last anywhere from 6 to 12 hours depending on how the user ingests it.

Generally, any use of inhalants with the intention to alter your mental state is considered abuse. Inhalants hold various amounts of chemical compounds and contain uncountable potential substances that change your brain’s functionality and hormones. Most the intent of use is for giving the user a high immediately upon sniffing or breathing in.

Most abusers of inhalants typically spray the chemical onto a rag or soak a piece of cloth with the substance. They then hold it over their nose and mouth, breathing in very deeply. Other methods include spraying the inhalant into a bag and “huffing” with long, deep breaths. 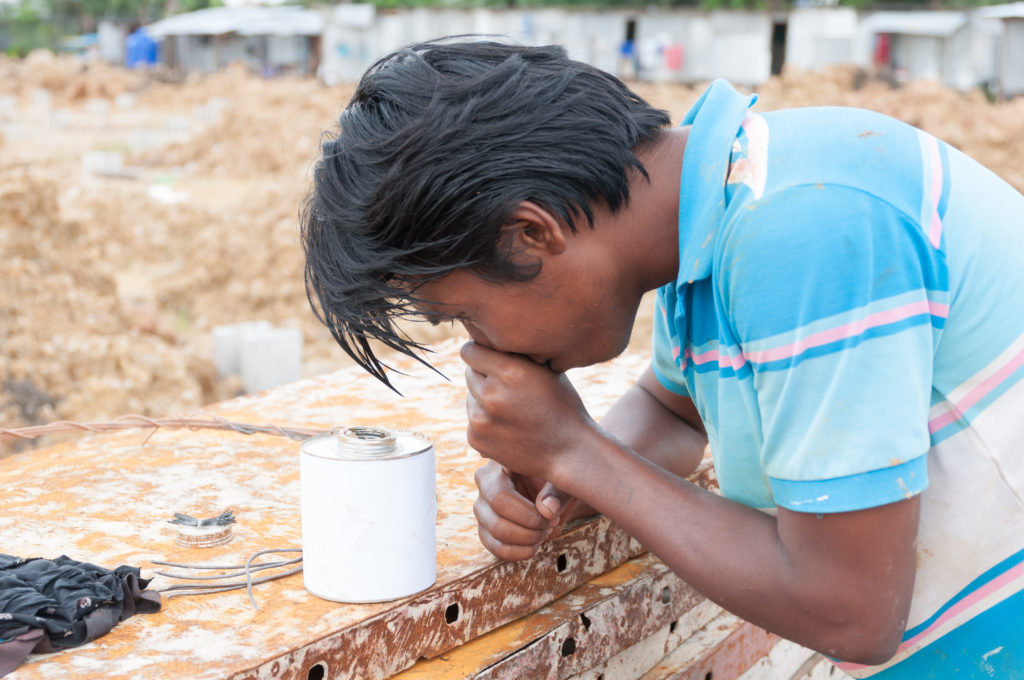 Inhalants can be present in almost any of our everyday products that are easily accessible. Especially those that come in handy for home cleaning, art projects, or personal grooming. These include products such as:

Effects of Inhalants on the Body

Every drug has this specific thing in common: addiction has consequences caused by side effects. Inhalant drugs not only give the user mental stimulation, but they also affect users physically.

Because inhalants commonly pair along with other drugs, they pose a more severe threat to your overall health which may propose irreversible damages. Abusers tend to huff or inhalants repeatedly without stopping because the high does not tend to last very long. Therefore the user is put at an increased risk of an overdose. Aforementioned is an especially dangerous situation. In fact, these overdose symptoms include signs of extreme confusion, convolutions and may even cause a coma.

Other physical health problems can cause an increase in heart rate when used in large amounts and can sometimes lead to a cardiac arrest. However, in persons that are somewhat sensitive to chemical inhalants, cardiac arrest may occur even after limited usage, given that some persons also have died after using only one time.

Internal organs such as kidneys, brain, and liver are also at risk of being permanently damaged whether you abuse the inhalant frequently or minimally. Manufacturers never create chemicals with the intent ever to be inhaled. The “high” feeling is a reaction of the body to such toxic substances– a response to unwanted particles entering the lungs, blood, and brain.

In the year 2011, there were a recorded 10,000 (ten thousand) emergency hospital visits by abusers of inhalant drugs annually. A record of at least 140 thousand inhalant addiction cases is shown in studies as well. In most cases, these addictions are teens and young adults.

Inhalants are often mentally addictive before you start to experience a physical addictiveness. That is, you start craving the drug before symptoms of withdrawal (feelings of not being able to function for the day if you have not had it). It is very important that you seek help.

Prevail Intervention always ensures we provide our patients with the best possible care there is. Let us help you on your journey of becoming clean and sober.

The type and length of counseling individuals need is dependent upon what led them to start abusing the drug and the psychological reason behind their need. Addicts who were peer pressured into trying drugs at first may have an easier time becoming sober, as compared to a person who has deeper underlying issues which led them to use as a form of self-medication.

If you or a loved one is battling with addiction in any form of the drug, we highly encourage you to seek help as quickly as possible before it is too late.

2 thoughts on “What are Inhalant Drugs”