What Are the Signs of Percocet Addiction

Percocet is one of the most abused pharmaceutical drugs in the United States. It is a pain reliever (analgesic) that blocks specific receptors in the brain, so pain is temporarily decreased and replaced with a feeling of pleasure. Because of this, Percocet addiction is a largely seen issue in the medical world today.

Percocet is the technical brand name which doctors use for the prescription that is a potent mixture of Oxycodone (another commonly abused opioid) and acetaminophen (otherwise known as Tylenol).

Since the use of Percocet has been so well-known to cause misuse and abuse, it is only able to obtain through a doctor’s written recommendation. Almost all hospitals and treatment centers who give patients Percocet do so under excellent care and supervision. One of the instructions for medical doctors read when considering Percocet for a patient instructs:

Percocet classifies as a depressant drug. Depressants are any substance which slows down the significant functions of the mind and physical body. Due to the decrease in the operation of the CNS (central nervous system), there is a list of risks and increased dangers that may become present. 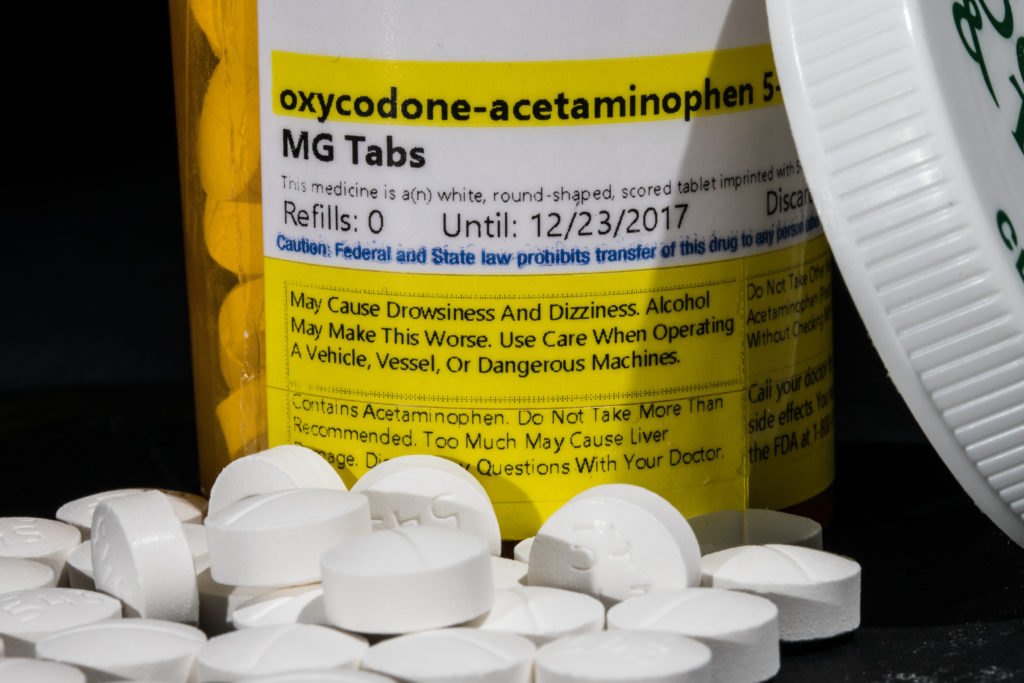 People who use Percocet are often those who have recently undergone a traumatic injury or surgery and are trying to experience pain relief in the healing process. Since the drug is one of the stronger pain medications out there, it is only prescribed to those who cannot manage the intensity of physical pain or for those which other medicines don’t work.

A majority of people who don’t struggle with any substance addiction often fail to understand that addiction is, in fact, a disorder that can affect anyone, anywhere, depending on the life circumstances they are going through. Many Percocet addicts I’m sure never intended to become dependent on such a drug. Who ever  wants to become dependent on something that is costly, causes unwanted side effects, and can negatively influence his or her life? This is the nature of addiction, in general, and it’s important to keep in mind when trying to learn about the reality of you or someone you may care about who might be showing signs of drug addiction.

Not everyone who uses Percocet for medical reasons becomes addicted. Generally, those in medical situations who do become addicted are known for having past addictions or alcohol abuse.

Of course, there are other individuals who might attempt to use this drug for recreational reasons. If Percocet is taken habitually, even if “just for fun” or to feel good, an addiction can still form.

The symptoms and side effects of Percocet addiction can look the same from person to person but vary depending on how much the individual takes, how long they abuse the drug, and how their body reacts or is able to process the continual use of substances.

How to Identify Percocet

Percocet is a prescription pill that comes in tablet form. Depending on the specific dosage one is prescribed, these tablets can be pink or peach oval tablets with the PERCOCET name on it, blue round tablets, or yellowish capsules.

The effects of Percocet last between four to six hours. During this time it causes pain relief, drowsiness, and a noticeable feel good “high.” 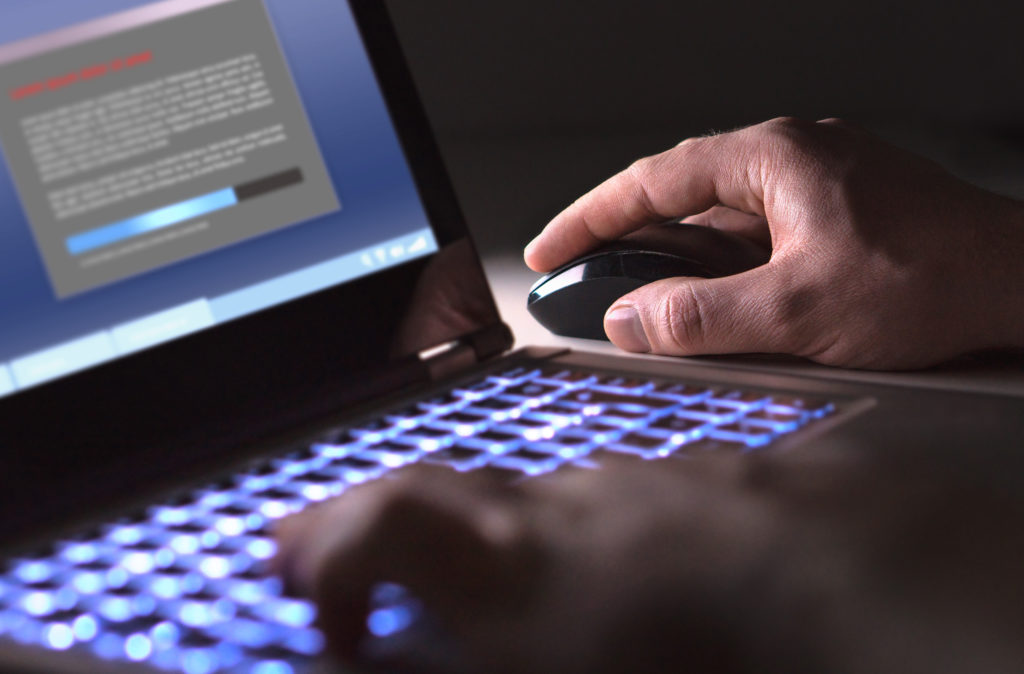 Aside from more available street opioid drug dealers, the internet has become a primary portal for the purchase of illegal drugs. Obtaining drugs that are known to be addictive and abused substances without a prescription is against the law. However, many people depend on the so-called “dark web” of the internet to fulfill their Percocet addiction and refill their pill bottles.

In 2014 the National Association of Boards of Pharmacy published a report saying “three out of five search results for controlled substances online produced links to rogue sites selling addictive drugs without a prescription.” Hence, online drug deals, although seemingly convenient, are only contributing to the addictions of many people in a harmful way. Half the time, online pill buyers don’t even know where exactly their drugs will come from or what dose of pills they should expect to receive.

Why is Percocet Addictive

Even though Percocet is a depressant drug, it provides a lot of pain relief and feelings of euphoria. Oxycodone attaches to the opioid receptors in the brain and delivers a sense of “well being” and pleasure, thus attempting to block all pain from overwhelming the receptors. Combining that plus acetaminophen, which inhibits prostaglandins (types of “messengers” in the body that sense and transmit pain), we have ourselves a potent drug.

Although Percocet can help a lot of people find relief from extreme physical pain, because it’s one of the more addictive substances today, it should be taken with great caution. Always take the minimum dose possible, and follow the exact instructions from your doctor(s).

To help us understand the feeling of what a developing Percocet addiction looks or feels like, take a look at this anonymous Percocet-dependent individual’s experience in dealing with their addiction:

“The best way I can describe the feeling I had when taking the Percocet is that all was right with the world. I felt that I could function at a higher level and that I had more energy and motivation. Stressful situations seemed easily manageable, and I felt more focused on whatever I happened to be doing. I did not perceive that anything was wrong with taking the Percocet after the reason it was prescribed had resolved, because after all, they had been prescribed to me. Maybe I did know better, but the feeling I received from the medication pushed any questions I might have had out of my head.”

The most widely seen adverse side effect of Percocet is its addictive and habit-forming qualities. But there are a handful of other side effects that can differ between anyone consuming Percocet on a continual basis. These side effects usually consist of: 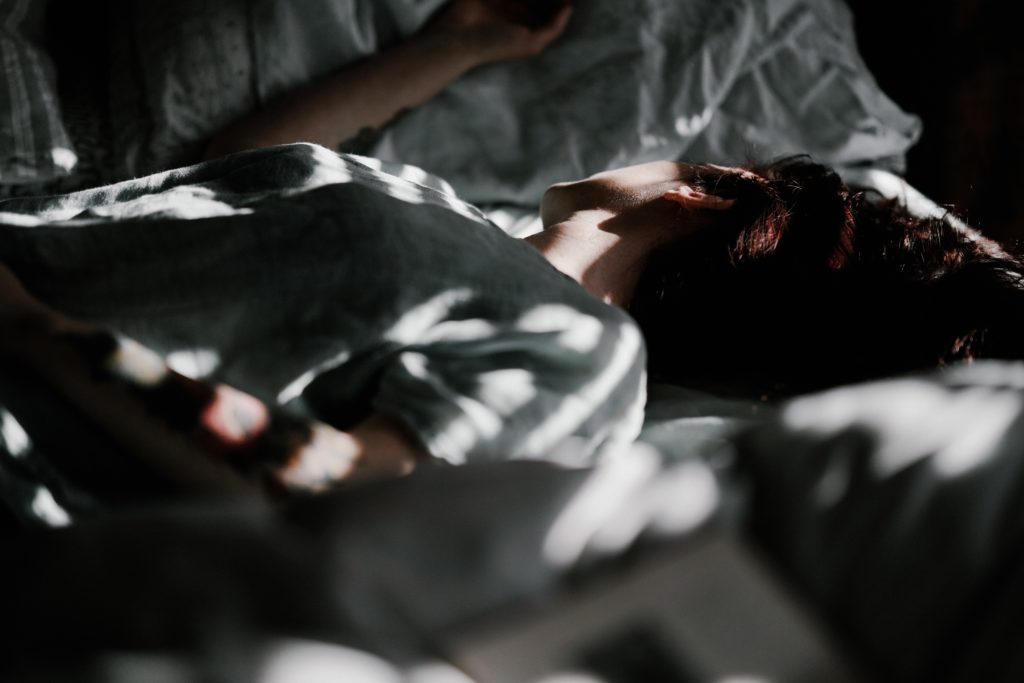 Despite the typical side effects, there can be worse symptoms that Percocet causes. These can be especially present in people who have an allergy or sensitivity to either Oxycodone or acetaminophen, or both.

Again, since Percocet is a depressant, it slows down the CNS including the respiratory system. All opioids tend to cause this risk known as “respiratory depression.”

Individuals who might be sensitive to the effects of the drug, or those who have preexisting respiratory struggles, should probably not take this medication. One of the dangers here could be the slowing down of the breathing. Sometimes breathing can slow so much to the point of stopping. Either that, or carbon dioxide builds up in the body and can lead to fainting, stroke, or death.

Other symptoms of sensitivity or adverse reaction to Percocet can include rashes, skin problems, stomach issues, intense migraines, dehydration, seizures, extreme mental fog, jaundice, ringing in the ears, or asthma.

If the body is not tolerant of the compounds in Percocet, or if there is more of the drug present than the body can handle, it can lead to shock. Sometimes (usually after an extreme injury or foreign experience to the body) people shut down and go into shock which requires emergency medical attention. The body gets cold, kidneys malfunction, and blood pressure drops.

Overdose is the other lethal side effects of Percocet addiction. If someone takes too much than prescribed, or more than their body can handle, overdose can occur. Get hospitalized attention immediately, as accidental drug overdose effects millions of people in America every year and can lead to death. 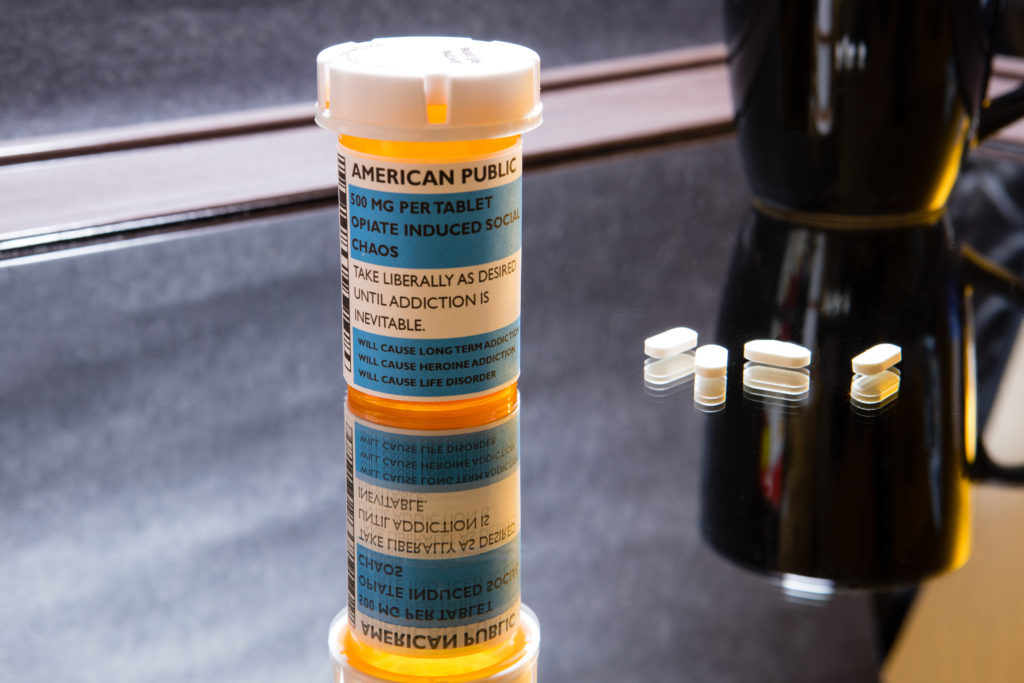 Now that we know the side effects and dangers of Percocet… What are the signs that you or someone you know is actually addicted?

The main red flags that can appear when someone is facing a drug addiction come down to these several observations:

There are several, more specific signs to look out for with Percocet addiction.

Percocet and other opiate drugs were never meant to be used more than a short amount of time. This has apparently changed because the growing use and misuse continue being a problem from the 1990s through today.

Prolonged use can lead to damaging consequences. Most often, the damages caused by long-term Percocet abuse involve:

Kidney Failure – The kidneys work hard to process all the substances we put into our bodies. If overworked or strained, the organs can have permanent damage. Total kidney failure is seen a lot in various chronic opiate abuse situations.

Liver Damage – Acetaminophen affects the liver, especially over time with regular use. This can be dangerous because many times, there aren’t sure symptoms of liver damage until it’s too late.

Constipation – Even though it’s kind of a stereotype that if you use opioid drugs, you’ll never be able to go to the bathroom, this is also a potentially dangerous effect of Percocet. Bowel obstruction and other severe gastrointestinal emergencies can happen if not taken care of sooner.

Withdrawal – This is probably what most dependent Percocet users feel is the worst part of their addiction. When the drug stops getting delivered to the addict, they experience highly uncomfortable side effects. These include stomach issues, irritability, depression or anxiety, cold sweats, chills or flu-like symptoms, cravings, insomnia, and even seizures in some people. 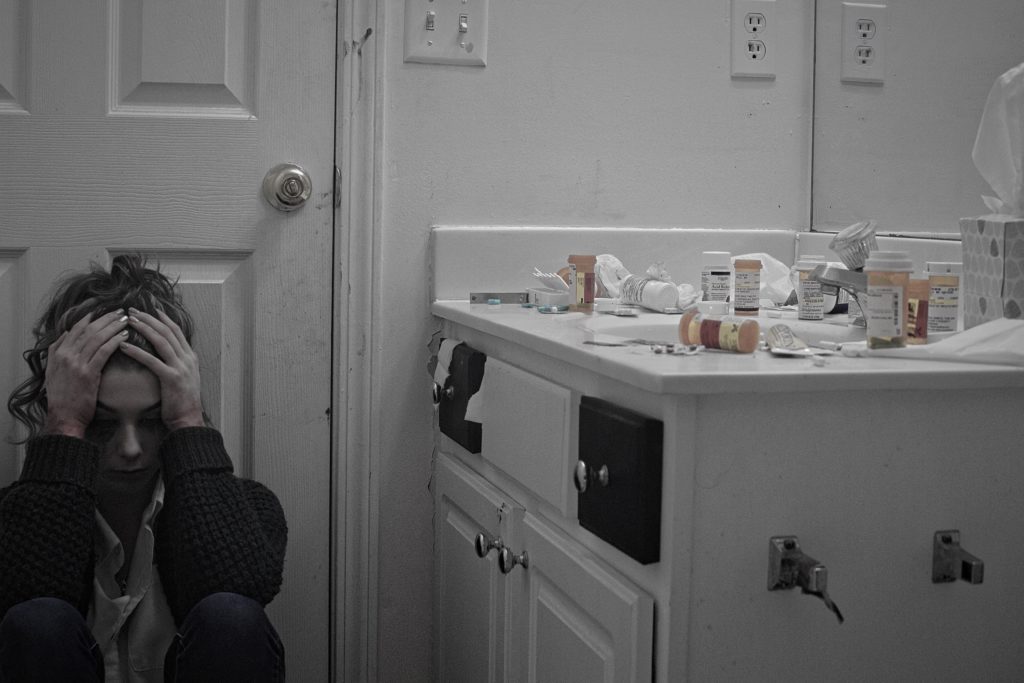 As tolerance in any person with Percocet addiction builds up, they might think to take more of the drug in order to feel their preferred high. Increase in dose can lead to a possible accidental drug overdose, which unfortunately causes death for millions of Americans.

The best way to avoid overdose is obviously to stop drug use altogether. However, if you want to be aware of the signs for emergencies or for your loved one who might be abusing drugs, there are precautions to look out for.

With Percocet, an overdose will give signs of oxycodone overdose, acetaminophen overdose, or both.

Overdose risk increases when combining Percocet with other substances, especially alcohol. Never mix substances you don’t know will work together. Blindly combining drugs in the same period is a significant sign of drug abuse.

If you experience overdose symptoms or notice someone you know who takes opiates is showing these signs, get emergency medical help immediately.

When to Get Help for Percocet Addiction

The sooner you get help for Percocet addiction, the better. As shown above, long-term use can do some significant permanent damage to the body. Even if you only use recreationally, or as a mean to “self-medicate” for pain, there are other alternatives out there that can help you, without the nasty consequences.

The best thing to do if you think you or your loved one has a Percocet addiction is to reach out for help. Call an Addiction Helpline to get answers to any questions you are struggling with.

Professional interventions can help you confront someone you love who has a Percocet addiction. From there, there are inpatient and residential centers, and outpatient treatment programs that help people get sober and free from opiate addiction.

Recovery is possible so if you are still reading this, take it as a sign to reach out to any of our professionals today. We can help you get started on your new drug-free life today.

How One Percocet Prescription triggered my addiction (2012)

What Are the Top Ten Most Abused Drugs
Is It Possible to Have a Dependency to Ecstasy Pills
Synthetic Opioids: What is U-4 “Pink”?
What is the New Opioid Addiction Bill?
Can You Get High on Methadone?
Who Needs This New Medication for Opiate Addiction
Who Needs Zubsolv and Suboxone – Opiate Addiction Treatment
How to Hold Oxycontin Interventions
Categories