How to Hold Oxycontin Interventions

How to Hold Oxycontin Interventions

If you or your loved one is suffering from an OxyContin addiction, you may be in need of OxyContin interventions. It is more than likely that you had begun taking the drug due to a previous or existing terrible pain. Since most medical personnel are using more powerful painkillers such as OxyContin which is a fairly easy drug to get, it makes the user more vulnerable to getting addicted to the drug.

Most people use the drug OxyContin as intended and directed by their doctor. Oxycontin is most commonly used for severe chronic pain. However, after a while, a person taking oxycontin can start to believe that they are unable to feel comfortable without the drug. Their bodies become so reliant on oxycontin that without it, their symptoms worsen. Their minds begin to trick them into thinking that they are feeling pain. The first thing they run to is the drug for relief. This ends up building up a tolerance, which then leads the user to start taking higher doses than recommended. Hence, they begin abusing the drug.

Often if the individual is unable to obtain the drug, they may feel physically ill. Discontinued use of the dependent person could also lead to experiencing symptoms of withdrawal. Withdrawal may end up causing chaos in their lives. Effects of withdrawal include a decline in work performance, severe mood swings, insomnia, and relationship problems.

How Does OxyContin Work?

OxyContin is the brand name for oxycodone. Oxycodone and related medications are opioids. That is a man-made chemical which acts on receptors in the brain, digestive system, and even spinal cord. Oxycontin works by slowly releasing oxycodone. It then binds to opioid receptors in the brain. When an individual takes this drug, the molecules are attached to receptors within the brain which triggers numerous amounts of chemical reactions that cause a burst of pleasure. In other words, it begins to give the user a feeling of euphoria. This euphoria tends to feel somewhat therapeutic thus making the sensation of pain or any discomfort drastically lessened. 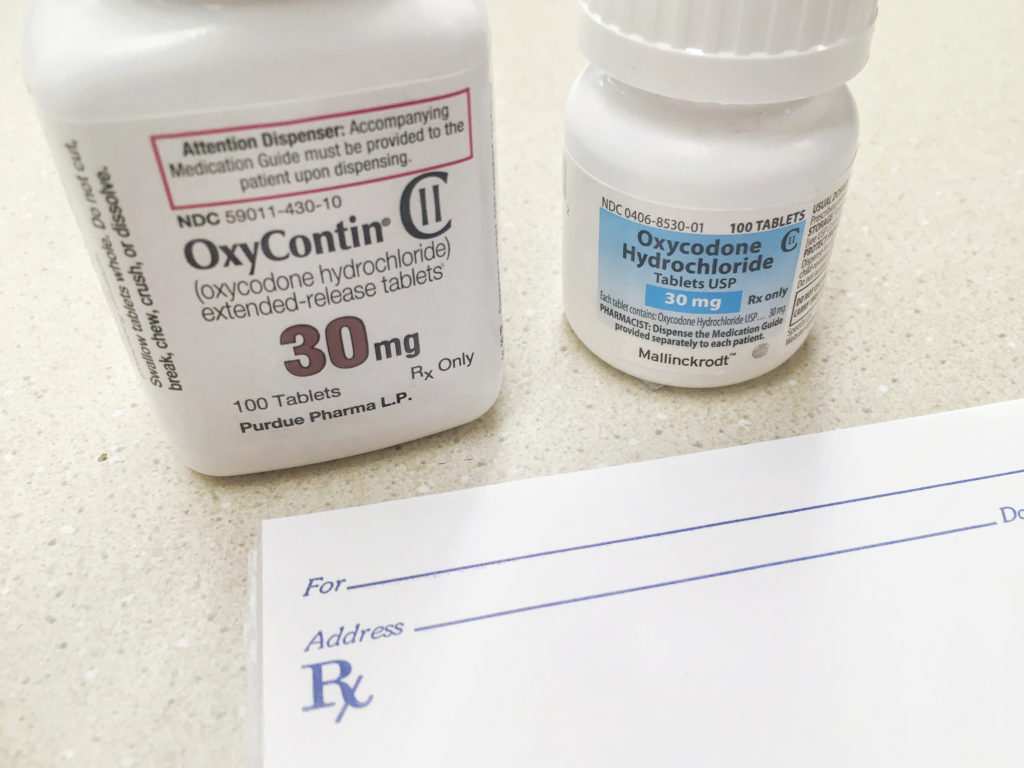 Long-term effects of oxycontin can include respiratory failure, overdose, sexual dysfunction, seizures, and death. Therefore it’s essential to maintain a thorough communication with your doctor. Follow the recommended dose as to prevent overdose or adverse side effects.

There is a widespread issue that arises with taking oxycontin. When tolerance begins to develop for the user, he or she will start to take much larger doses. Naturally, increased usage will come with an awful downside. Abusers of OxyContin may take such large doses which impairs how the person’s nervous system works and in turn, slowing down heartbeats and breathing rates drastically.  This can lead to an overdose or even death.

Abusers of OxyContin who take the drug in huge doses may experience a very high or euphoric feeling at first. However, this may be your body’s way of telling you that it is shutting down. If you or your loved one is an abuser of OxyContin, pay attention to the warning signs that the body sends out.

Anyone who has a constant or damaging addiction to oxycontin medication could need oxycontin interventions. You or a loved one of yours might be entirely dependent on oxycontin. Without the drug, daily life might seem unbearable. Side effects of withdrawal for oxycontin can be:

If daily responsibilities are being neglected to continue an oxycontin habit, there’s probably an addiction. When confronting someone with concern about their addiction or lousy drug habit, it may be difficult to get your caring point across. Usually, addicts will defend their need for the drug. If talking to someone you care about seems impossible,  oxycontin interventions might be necessary.

Why Are OxyContin Interventions Necessary?

Since OxyContin is becoming one of the world’s most dangerous, legal, and heavily abused drugs, it is imperative to get the abuse under control. To prevent worse consequences, it’s crucial to help the abuser become sober before more severe effects, such an overdose or death, begin to happen. OxyContin is a potent time-release medicinal drug which is typically used to ease the pain. While it is legal, it is still only attainable with a prescription.

Oxycontin interventions may be necessary to find proper detox and treatment for your loved one. In interventions, close friends and family of the addict gather with a professional interventionist. As a team, they then all confront the addicted person in a loving way. The point of interventions is to try to wake up the drug-addicted individual back to reality. The intervention team wants to let the person know they are damaging their lifestyle, and offer the help needed for them to get sober.

Addiction of this nature is typically sustained because the addict keeps him or herself in a stage of denial. At this moment, they continue thinking that they do not have an addiction problem. The addict also typically overlooks the harm that addiction can cause for them, both short term and long term. Not only does addiction affect the individual, but it can also hurt those around them as well. They tend to continuously tell himself or herself that they have control over their usage. Often they can always try to find an excuse as to why they “need” to take the drug.

Staging Oxycontin interventions usually begin with a loved one pointing out specific changes. Changes in behaviors that the addict is now showing is a major first sign of addiction.

Changes to point out include:

Bringing up one’s addiction problem is likely to cause a state of tension and cause an argument to arise. The abuser may deny or become very defensive. The key is to remain calm and does not play the blame game. If you or your loved one has an addiction to OxyContin, remember, you are not alone. There are many people out there facing the same issue. Even people you see every day are struggling with physical pain and maybe addiction to pain pills. At Prevail Intervention, we are here to help you get your life back on track and maintain a happy, healthy lifestyle.

What People Are Saying About Opiates on Reddit.com

Getting Help for Addiction

How Long Does Oxycodone Stay in Your System?