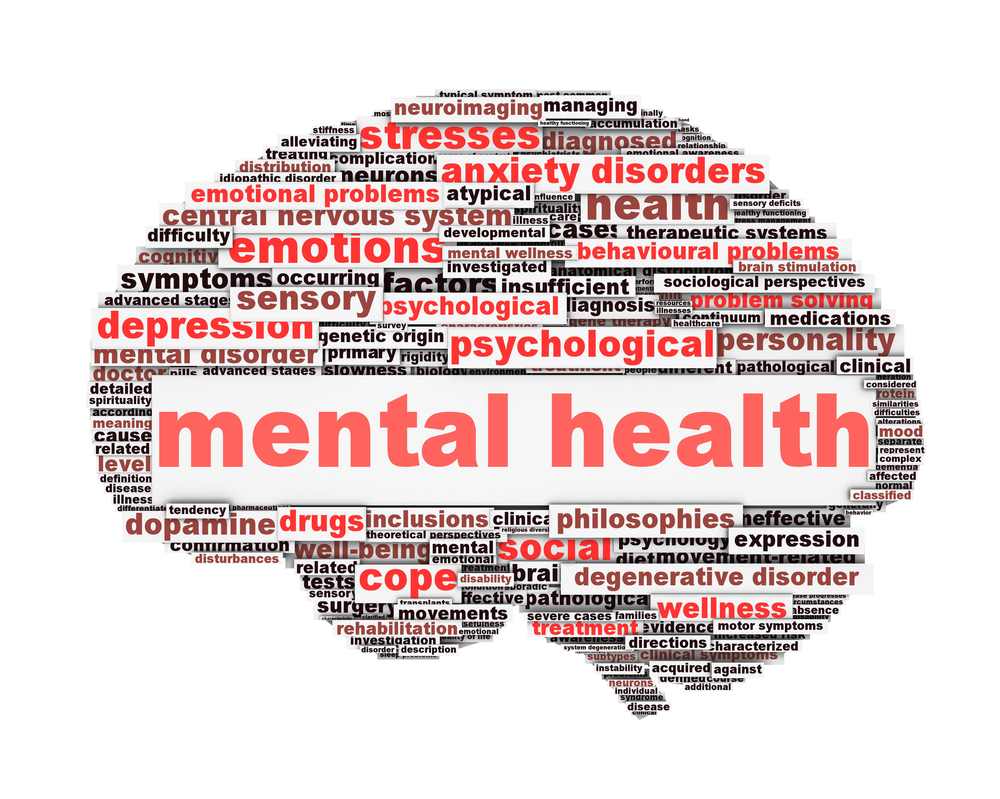 What is Mental Health?

According to “dictionary.com” mental health is described this way: “Psychological well-being, satisfactory adjustment to society and ordinary demands of life.”

If you don’t have a Mental Illness, then you have Mental Health?

As described on the government’s webpage:

(www.mentalhealth.gov):  “The absence of any mental disorders and a general ability to meet life, as it happens.”

We prefer: “A person without mental illness is one, who can cope with life without going ‘off the rails?’”

How can you find out if you have Mental Health or Mental Illness?

Okay, but what is a mental illness—how can you find out if you have it?  First, you might be able to learn how to recognize the warning signs of mental illness at this “Mental Health America” webpage.  This same webpage also defines mental illness this way:  “A mental illness is a disease that causes mild to severe disturbances in thought and behavior, resulting in an inability to cope with life’s ordinary demands and routines.”

Can you Define Mental Health in just one Sentence?

Each of these definitions may sound good on the surface, but each person is unique. And, there are tens of millions of people in the U.S. with mental illnesses—each with slightly different versions. So, how can one possibly sum up mental health in one sentence, when so many people may have hidden psychological health conditions?  But, whichever way you want to define mental illness—most people agree that it’s not ideal to live with any psychological problem—whether minor or severe.

Mental Health Disorders:  How Many & What Kinds are there?

There are at least 200 types of psychological disorders out there according to the same mentalhealthamerica.net article that talks about the psychological disorder’s warning signs.  This article also says that the most common types of mental illnesses and symptoms are dementia, schizophrenia, bipolar disorder, depression, and even anxiety disorders.  Symptoms may include changes in mood, personality, personal habits, and social withdrawal.

How Many People Have Mental Health Disorders?

The National Alliance on Mental Illness also informs us:  43+ million adults in America, has experienced at least one mental illness. They estimated that there were 20 million people in America who had a substance abuse (drug abuse) disorder and 10.2 Million of those people had a mental disorder as well!  Plus, according to SAMHSA’s 2014 National Survey on Drug Use and Health (NSDUH), about 7.9 million adults in the United States had co-occurring disorders (or “dual diagnoses”) in 2014.

Who has Mental Health Problems?

It’s truly mind-boggling to realize that there over 43 million people, in the U.S. who are mentally ill. Mental health issues can strike anyone from all walks of life.  Yes, anyone can be sick mentally:  whether wealthy or poor, whether people are old or young adults—even small children—not to mention hundreds of thousands of prisoners!

Where can one find more Information about Mental Health Issues?

You can find this information by searching the web pages located at the “National Institutes of Health, Institute of Mental Health, Health and Human Services, and the US Department of Health:  also known as HHS.gov.

How Many Children have Mental Health Problems?

Plus, one out of every five children in the U.S., show some indications of having mental health problems.  And, it is a shame, which the majority of children (nearly 80 percent) will never get any treatment.  The online article “The Mental Health Crisis at Our Schools” found on National Public Radio (“NPR”) says, “You might call it a silent epidemic.”

Plus, the same NPR article says: “…Whether treated or not, the children to go to school. And the problems they face can tie into major problems found in schools: chronic absence, low achievement, disruptive behavior and dropping out…”

Are there Many Prisoners that have Mental Health Problems?

Conservatively, there are an estimated three hundred and fifty thousand prisoners who fill up jails and prison cells which have mental health problems according to another “NPR” article: “Nation’s Jails Struggle With Mentally Ill Prisoners.”

Does the Moon or Solar Flares Spark Mental Health Crises?

Many people say that the full moon—or eclipses will trigger more mental health crises. It’s more myth than fact, according to specific studies, that the moon triggers “moon mania” or “lunar lunacy.”

However, there are unearthly solar storms that can trigger mental health disorders.  To back this idea up, this article by disinfo.com gives data that it’s quite likely—not just coincidence! This article: “More on Solar Storms and Major Mental Illness” states:

“From 1949-1997…. geomagnetic activity showed three seasonal peaks each of those years (March to May, in July, and in October). Every peak matched an increased incidence of anxiety, depression, bipolar disorder, and suicide in the city, Kirovsk.”

So, it’s more important to keep track of solar flares, than to watch the moon: to predict spikes in mental health crises!

Mental Health Illness Does Not Affect Me! — Or is that a Myth?

Most-common mental health myths are not facts!  A government webpage article, at www.mentalhealth.gov busts many common myths. They state these facts:

Wouldn’t it be awesome, if helping people with mental conditions would result in less crime, fewer people in jail, or fewer patients in county hospitals (usually funded by taxpayers)?

The government webpage www.mentalhealth.gov also states more facts: Only 3-5% of the people with mental illnesses are likely to commit violent offenses.  Mentally ill people are ten times more likely to be victims than people without mental health problems.

Also, you might be surprised to learn that people who have mental health disorders are very productive, and they manage to be excellent employees—in spite of their psychological problems.  You may even know one of these people without even realizing it.

What are some Causes of Mental Health Disorders?

Some mental health disorders such as depression do not have a single, universal cause.  However, those with biological factors, such as genes, physical illness (hypothyroidism, ADHD, etc.), injury, or brain chemistry are more likely to develop mental health problems. Other causes are traumatic life experiences, being abused, family history, or genetic factors. Sometimes people having pain over long periods can develop mental health issues. Many times people (around 30%), who abuse drugs or alcohol) will also develop a co-occurring disorder such as depression (which is also known as dual diagnosis).

Is it Hopeless to Help a Person with a Mental Health Illness?

No, it isn’t hopeless! It is a myth that a person with a mental health illness is helpless.  People with mental health problems can get better and lead long, happy, and productive lives. And, when people finally get the proper treatment, it can increase a company’s productivity, lessen absenteeism, and result in lower medical bills.  So, helping a person with a mental health disorder could benefit everyone—even the economy—not just the patients.  Nowadays, many new treatments are beneficial, along with more knowledgeable people.  Effective treatment results in better support systems and services, which work!  However, people should make sure to find the right treatment centers: to ensure their long-term recovery.

Can I do Anything to Help Someone with a Mental Health Illness?

Yes, but don’t start the conversation by telling them they are crazy. Please treat all people with empathy and respect, as you would help anyone who is distressed.  Even if someone in need doesn’t reach out for assistance, you should still try to help them out.  The National Institute of Mental Health says that research shows that only half the people with mental illnesses receive the treatment they need.  Maybe it’s because it is difficult to find the proper health information or services that are right for their particular conditions.  Or, maybe people do not feel comfortable discussing their disorders with strangers.  As someone who cares, you might be the only one who could help make a big difference in their lives.  You might even help them, by making sure they can get to their treatments.  And, reaching out and letting them know you want to help them, may also save their lives!

Can I Find Holistic Rehabs that Specialize in Mental Health Issues?

Yes, we are here for you! We’ll gladly help guide you to the highest-ranked rehab centers, which are the very best for you!  We’ll find you the right “holistic” treatment centers that treat you as a whole person.

Remember, it is free to call Recovery Blvd., and 100% free to discuss your options with us! 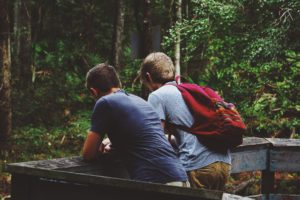 5 / 5 ( 3 votes ) Peer Pressure and Drug Addiction For some time, statistics have shown that every day, peers pressure teens into using drugs. Almost one hundred thousand teens have reported that they have tried using a prescription drug for the first time because of the influence[...] 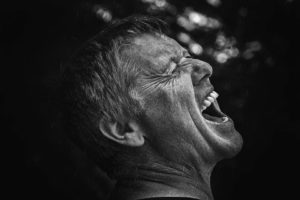 When to Hold Mental Health Interventions for Your Loved One

5 / 5 ( 2 votes ) Mental Health Interventions If you or your loved one is battling a struggle with a mental illness, it is highly recommended that you get help. Therefore, you might consider looking into seeking mental health interventions as soon as you possibly can. A person[...] 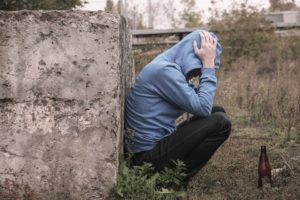 How to Have an Intervention for Mental Illness 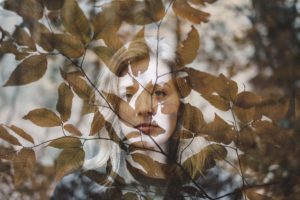 Rate this post What is Dual Diagnosis Treatment? Treatment for dual diagnosis is a relatively new approach for those people who receive a “dual diagnosis.”  Dual means “two separate disorders” that may be occurring at the same time. This treatment is meant to treat “dual diagnosis,” which is also called “co-occurring disorders”[...] 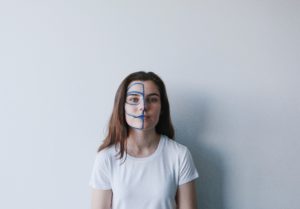 Rate this post What is Dual Diagnosis? There is no easy answer to this question. That’s because no two dual diagnosis cases are the same! If you break down the dual word diagnosis, there’s a clue to its meaning.  Dual means “two,” which means that dual diagnosis happens in someone[...] 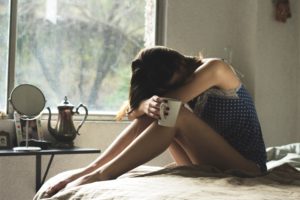 Rate this post What is Mental Health? According to dictionary.com, Mental Health is described as: “Psychological well-being, satisfactory adjustment to society and ordinary demands of life.”  If you don’t have a Mental Illness, then you have Mental Health? As described on the government’s webpage: (www.mentalhealth.gov):  “The absence of any mental disorders[...] 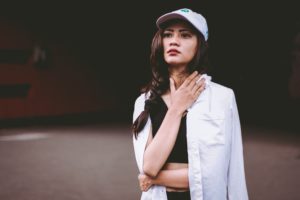 5 / 5 ( 5 votes ) What is Anxiety Disorder? Anxiety Disorder is known as a mental disorder where chronic anxiety is experienced. Anxiety can build to the point where many people with it get anxious enough to avoid their normal activities routinely. It includes frequent and sudden heart-pounding[...]