What Are the Top Ten Most Abused Drugs

Some of the drugs in the list of the top ten most abused drugs may surprise you. In today’s society, drug abuse is becoming a bigger issue more than ever before. As a result, there is an ever-growing increase in overdoses and severe health issues related to drugs as well. Drug abuse, particularly with heroin and opiates, have dramatically increased the number of drug abuse related deaths.

Drug Abuse – What are the Top 10 Most Abused Drugs?

Some of the drugs in the list of the top ten most abused drugs may surprise you. In today’s society, drug abuse is becoming a bigger issue more than ever before. As a result, there is an ever-growing increase in overdoses and severe health issues related to drugs as well. Drug abuse, particularly with heroin and opiates, have dramatically increased the number of drug abuse related deaths.

Some of the factors influencing drug abuse are not only within the home. Influences may also be due to peer pressure, projections in the media, and even embedded within the music we listen to.

Since drug abuse and alcohol abuse have become increasingly common, whether recreational drug use or drug abuse you more than likely know at least one person that has a drug or alcohol problem. What are the main drugs you should look out for? What drugs are most commonly misused and abused?

Here are the top ten (10) most commonly used substances for drug abuse in the United States today.

Marijuana is among the top ten most abused drugs across the whole globe. It is a Schedule II, mild hallucinogen that when taken, it can cause a person to have a feeling of euphoria or feel very calm and mellow. Marijuana is most commonly either smoked or baked/cooked within food or treats. However, now it is being offered through topical creams, tinctures, sprays, oil rigs or “dabs”, and vapes (e-cigarette devices).

Many persons who abuse this drug remain quite unaware of the detrimental personal effects that marijuana can cause. As a result of marijuana abuse, some side effects include difficulty with memory, impaired coordination, distorted perceptions, stomach issues (cyclical vomiting syndrome or CVS) and high blood pressure.

With higher potency strains of Marijuana and extracts of THC known as “dabs” Marijuana has become several times more potent than it was 10 or 20 years ago. While more research needs to be done, there is an argument to be made on the correlation between Marijuana leading to drug abuse particularly with alcohol and designer drugs.

Approximately every 1 in 10 persons already have, or will develop an alcohol addiction. Alcohol addiction is among one of the easiest to develop since it is legal, readily available, easily accessible, and socially accepted.

Typically a person’s alcohol use begins with a simple harmless drink while out with friends. After one drink, the user is typically drawn to have another and will begin to have a pleasurable tipsy feel after about three drinks. Now, sometimes an individual may become eager to keep this feeling and continue to drink which may very well be the onset of an alcohol addiction.

Alcohol is also, believe it or not, one of the most dangerous substances to experience detox from! Undergoing alcohol addiction withdrawal without any medical assistance can potentially cause stroke, heart attack, major discomfort, and in extreme instances, death.

Alcohol is not often associated with drug abuse. However, Alcohol IS a Drug!

In chemistry, an alcohol is any organic compound in which the hydroxyl functional group (–OH) is bound to a saturated carbon atom.[2] The term alcohol originally referred to the primary alcohol ethanol (ethyl alcohol), which is used as a drug and is the main alcohol present in alcoholic beverages. — https://en.wikipedia.org/wiki/Alcohol

Since Tobacco and cigarettes are not illegal, nor are they hard to obtain, it is almost leading in the top 3 most abused drugs worldwide. According to recent statistics obtained by the World Health Organization, an approximate of 15 billion cigarettes are sold on a daily basis! Smoking tobacco does not only affect the individual who is ingesting it firsthand, but it affects those around as well. Many studies show that tobacco has been linked to several cancers including Lung cancer as well as hypertension.

Smoking tobacco stimulates the pleasure and reward centers within the brain in the same way that cocaine or heroin stimulates receptors in the brain. 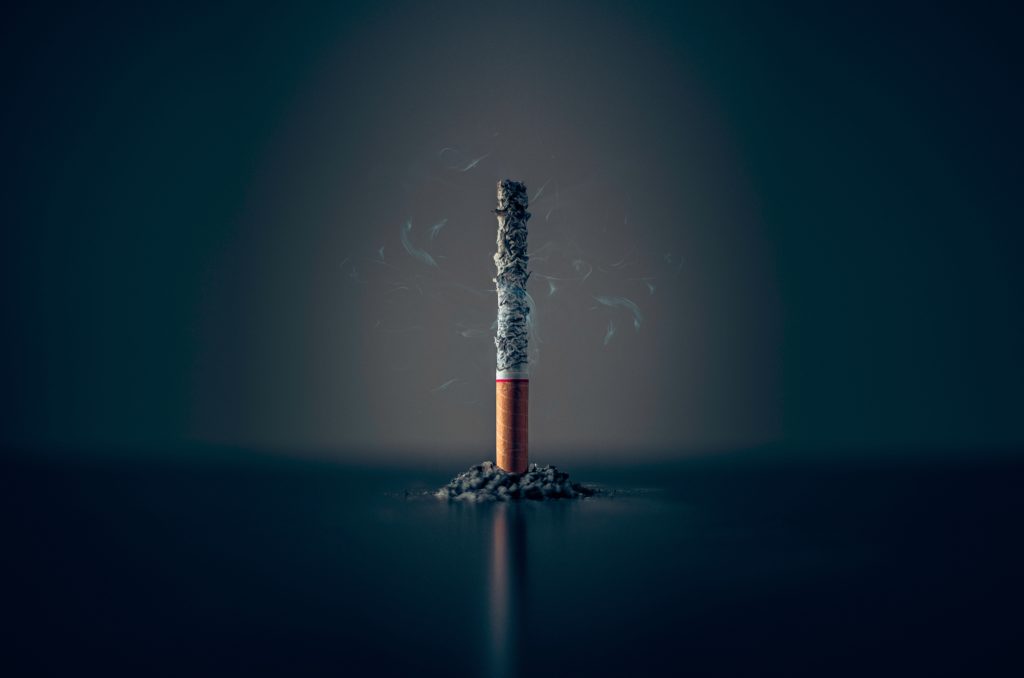 Prescription painkillers and opiates (such as Vicodin and Oxycodone), including drugs that are available for over the counter purchase, such as acetaminophen (tylenol) are drugs that act on the body’s central nervous system, stimulating the brain’s reward center. They induce a feeling of temporary euphoria and decrease the brain’s receptors from registering pain in the body.

Opiates and prescription painkillers become abused in one of three ways. Sometimes, on one hand, the individual has had a legitimate pain and needed a doctor to prescribe something to ease it, maybe it was just a simple migraine, and the individual bought the drugs over the counter. Either that or there were pills laying in the house and you started to get the feeling as if you had a minor pain and begun to take the drug. Nonetheless, due to these reasons, drugs of these nature, though they are meant for the good, can cause severe outcomes including coma or death when abused, especially when tolerance and dependence are developed thus causing the individual to up their doses as well as take the drug more frequent than they really should.

Crack and cocaine typically go hand in hand since crack is made from cocaine and give off similar effects. However, crack is generally cheaper and has the potential to be more addictive than cocaine. Crack or cocaine can have a person addicted after just one try since they always try to regain the pleasurable sensation that they felt before.

The side effects include intense euphoria and a feeling that may be pleasurable to most users which usually only lasts anywhere between 30 – 45 minutes. Individuals that end up developing tolerance and dependence to these drugs often times end up having an accidental overdose which may lead to coma or death.

Cocaine, although expensive, is being seen more and more in the use of teenagers and recreational use. Cocaine use among teenagers can be especially dangerous if they don’t know how the effects work. Never mix coke with alcohol as it can cause death. For more information on teenageg drug abuse, check out this video below:

Meth is typically a white powder that one can abuse by snorting, smoking or even injecting. Meth is among not only one of the top ten most abused drugs but is also one of the most addictive drugs the world knows of. Similar to cocaine, as a stimulant, meth causes the heart rate to rapidly increase as well as cause hypothermia (extremely high body temperature). Meth is an upper that acts in the body’s central nervous system and affects one’s judgment severely. Side effects can be deadly, leading to lifelong addiction. Side effects of meth include:

Although heroin is also an opiate, it remains in a class by itself. Heroin became popular around the 1960’s and having “the heroin look” was regarded as chic and idolized in the fashion industry, including popular magazines. When one has the heroin look it typically means that they constantly have a blank expression, sunken cheeks/dominant cheekbones, greasy hair, dark circles under the eyes as well as excessive or a desired thin look.

Heroin can get an individual addicted to it on their first try! Since it is made from morphine, a painkiller typically used during medical procedures in order for one to feel very little to no pain, heroin produces an intense feeling of elation which makes the user constantly crave for more and more in order to not lose this “joyous” feeling.

Heroin is highly addictive. More often then not many heroin addicts start abusing prescription drugs such as xanax, vicodin, and oxycodone before moving on to heroin. Withdrawal from heroin can be very painful and often requires medically assisted heroin treatment using Suboxone or Zubsolv.

Since inhalants are literally all around us and included in our everyday lives, it should definitely not come as a surprise that these are included in our top ten most abused drugs list. Inhalants include shoe polish, glue, gasoline, cleaning fluid as well as paint (especially spray paint). How exactly are these household products used to obtain a high? It is not so much the product that produces a euphoric feeling, but the vapors that they give off, an inhalant abuser usually gets his or her high from taking very deep sniffs and holding their breath in. Symptoms most often experienced include:

With Vapes becoming increasingly popular we are seeing bath salts and other substances mixed with traditional vape juice. In addition, THC extracts have started to become widely available that can be used in a traditional vape.

Ecstasy is often known as the “love pill” and are candy-colored pills that are most common within the party scene. Persons who get addicted to Ecstacy begin by being influenced by another user to “try” it just once in order to have a chill feeling and have the effects of making everything 100% more pleasurable than it actually is. The side effects of this drug include very intense euphoria, hallucinations, the ability to feel closer with other persons as well as alertness. However, it is key to note that Ecstasy effects are very unpredictable and are often not the same for every user. 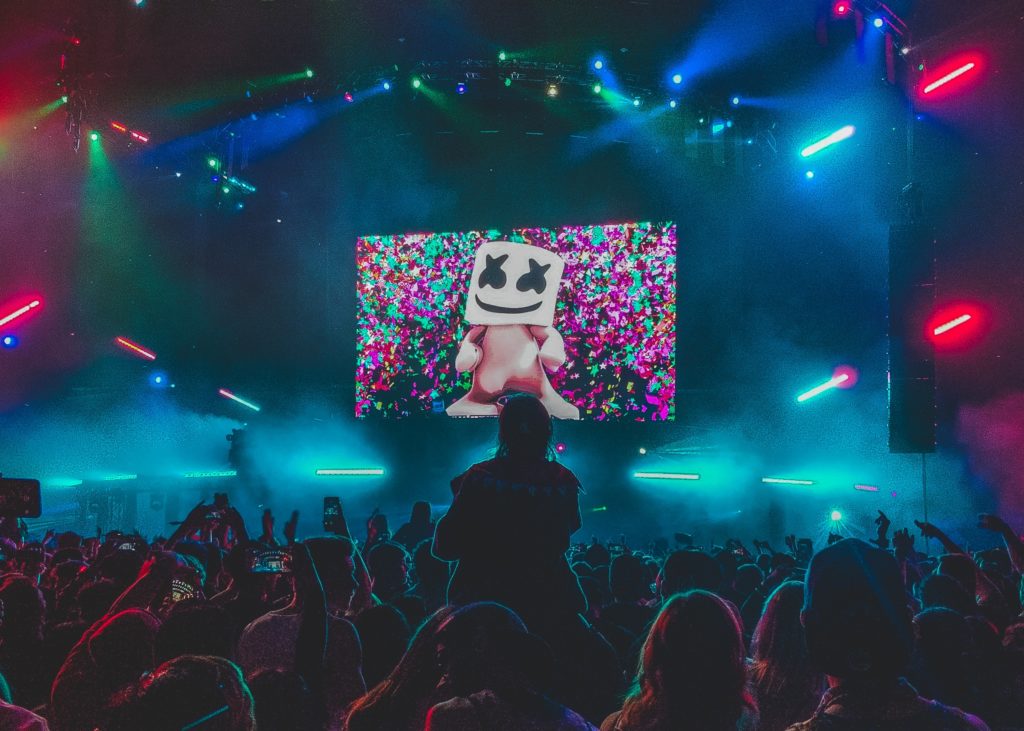 Often abused by athletes who are obsessed with their body image and wish to enhance their performance and muscle mass. Steroids are also referred to as human growth hormones and abusing these drugs can lead to extreme depression, suicidal thoughts as well as violent behavior.

In recovery, particularly with men, we see a very high correlation between Steroid use and relapse often leading back to drug abuse. Drug abuse and steroid use among recovering addicts and alcoholics (mostly men in their twenties) are particularly high in cities populated with a large number of sober livings and substance abuse treatment centers such as Austin, Texas; Delray Beach, Florida; and Costa Mesa California.

Get Help for these Top Ten Substances of Drug Abuse

If you or a loved one needs treatment or general guidance during the start to addiction recovery, reach out and call us today. Our free Addiction Helpline can lead you to a professional who can sit and talk with you about your specific recovery needs. Living a sober, drug-free life is possible and we see thousands of families get free from the consequences of addiction every year. The time is now.